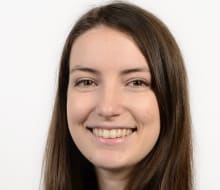 I moved to Northern Victoria from Brisbane three years ago, working a year at the Kyabram Free Press and two years at the Riverine Herald before settling at the Shepparton News at the start of 2020 as a senior reporter. My areas of focus include mental health, homelessness, indigenous issues and domestic violence, with a passion for feature writing and multimedia journalism. At the beginning of 2020, I received two nominations for a Melbourne Press Club Quill Award. I took home the 2019 Quill for Regional and Rural Journalism with Riverine Herald colleague Cath Grey for our multimedia feature Breaking the Silence – a nine-part series on mental health struggles in the bush.

It was late 2018 and 63-year-old Mick Simpson was stranded in his truck in Wakool, with no idea where was, where he’d come from or where he was going. With his phone and GPS back at home, he felt totally lost, suddenly bereft of the safeguards he’d relied on to function for the previous six months — and which gave him the excuse to ignore the frightening symptoms that had begun creeping in, gradually erasing his memories one by one.

There are no active cases of COVID-29 in Greater Shepparton, with the 14-day rolling average for regional Victoria at 1.1. There are also no active cases in the Benalla, Moira, Campaspe, Mitchell and Strathbogie regions. Twelve new cases and two...

In her seven years in aged care, Gabrielle Bush has witnessed the most heartbreaking impacts of dementia first-hand. She’s heard 90-year-old residents crying out for their mothers. She’s watched families struggling to connect with loved...

The rising number of Australians living with dementia has prompted calls for locals to educate themselves on the illness and help dismantle stigma surrounding the condition. This Dementia Action Week, Shepparton Villages chief executive Veronic...

“When can we reopen?”: Local gym owners desperate for clarity on end to restrictions

Goulburn Valley gym owners are pleading for clarity on when they can reopen, as doors remain shut despite eased COVID-19 restrictions for other industries across regional Victoria. Fitness Australia said it was “extremely disappointed and...

No new active cases of COVID-19 for Greater Shepparton, with 14-day average for regional Victoria down to 1.1

There are still no active cases of COVID-19 in Greater Shepparton, as 15 new cases and five further deaths were reported in Victoria today. With the 14-day rolling average for Melbourne now at 29.4, Premier Daniel Andrews says Melbourne is now on...

Local organisations invited to apply for $2.5 million in VicHealth grants

Seema Abdullah: I will lobby for a decent train network in Greater Shepparton

Greater Shepparton is a region of enormous opportunities due to our ideal location. In the food bowl of Victoria, the region stands tall and proud of its contribution to the horticultural industry, fruit production and exports. Recent investments in...

Still no active cases of COVID-19 in Greater Shepparton

There are still no active cases of COVID-19 in Greater Shepparton. The total number of coronavirus cases ever recorded in the region remains at 50. There are also no active cases in the Mitchell, Benalla, Campaspe, Moira and Strathbogie regions...

It’s a beautiful snapshot of new beginnings — a lovestruck mum and dad, marvelling at their newborn baby. But for Nathalia couple Maddi Fuzzard and Paul Simons, it would be 56 long days before this picture-perfect moment was even possible.

Greater Shepparton is in “desperate” need of more local foster carers, as demand surges in the wake of COVID-19. This Foster Care Week, Shepparton child and family service Berry Street is welcoming “as many foster carers as possible” to meet the...

It was just a Spiderman cake, but to a four-year-old boy it was the entire world. Just two days after Shepparton’s Danny Stephens and Kylie Cherry welcomed their first foster child into their home, it was the little boy’s birthday. Smack bang in the...

No active cases of COVID-19 in Greater Shepparton

There are no active cases of COVID-19 in Greater Shepparton, with an inpatient admitted to Goulburn Valley Health earlier this month no longer considered an active case. The total number of coronavirus cases ever recorded in the region remains at...

Mel Blair will be forever grateful to the teenage boy who broke into her car in 2014. Because if it weren’t for him, the Invergordon local and her husband Travis wouldn’t be foster carers today. “I was working night shifts at Big W when it...

There is only one active case of COVID-19 in Greater Shepparton, after a new active case recorded on Tuesday, September 15 was reclassified. The case was added to the region’s tally, taking it to two, after a person with their registered address as...

Greater Shepparton psychologists say new statistics revealing regional Australians are more likely to be impacted by suicide than their metropolitan counterparts are “concerning but not surprising”. The research showed regional...